Carnegie’s Department of Embryology scientist Steven Farber and team have been awarded a 5-year $3.3-million NIH grant to identify novel pharmaceuticals for combating a host of diseases associated with altered levels of lipoproteins like LDL (“bad cholesterol”). Obesity, diabetes, cardiovascular disease, fatty liver disease, and metabolic syndrome have all been linked to changes in plasma lipoproteins.

Lab efforts, led by graduate student Jay Thierer, started by creating zebrafish that have been genetically engineered to produce glowing lipoproteins, a technique they call “LipoGlo”. This was achieved by attaching DNA encoding NanoLuc (a relative of the protein that makes fireflies glow) to Apolipoprotein-B (ApoB), the protein that carries bad cholesterol. Since all the types of lipoprotein particles that are thought to actually cause cardiovascular disease are made with one copy of the ApoB protein, the team just needs to quantify the amount of light coming from the fish and they know exactly how many disease causing particles there are. Finding compounds that lower ApoB levels could be an enormous boost to fighting cardiovascular disease.

To identify such compounds, Farber teamed up with Johns Hopkins Researchers Rexford Ahima, Thomas Lectka, and Jeffery Mumm and proposed a high-throughput screen that tests thousands of small molecules in live zebrafish larvae to identify those that lower ApoB. In addition, they developed a collection of secondary screens to help them figure out how a given compound achieves its ApoB-lowering effect.

What sets this research apart is its ability to study cardiovascular disease in the context of a living organism. Previous attempts to develop cardiovascular disease drugs have almost exclusively relied on studying a single cell type, such as finding ways to prevent liver cells from producing cholesterol. However, it is remarkably difficult to predict how changes in one cell type will affect the rest of the organism, as many tissues including muscle, fat, blood vessels, the liver, the intestine, and the brain all interact and communicate to regulate cholesterol.

What has made this effort possible are the unique attributes of the larval zebrafish system. Zebrafish have almost all of the major components of human metabolism, but in a small, rapidly developing organism that can be moved around and placed in tiny wells with robots. In a single week, the team can raise over 20,000 larvae and test hundreds of compounds, something that might take months or years in other vertebrate animal systems. Additionally, larvae are translucent which enables the team to monitor a host of other aspects of metabolic health such as fat accumulation and inflammation using other genetically engineered fish with “glowing” markers of biological processes.  Mumm’s lab pioneered the zebrafish robotic platform for studies of eye biology and brought that expertise to the team. Lectka’s expertise in small molecule chemistry will assist in selecting the most promising compounds that could most easily be transformed into drugs for humans. These carefully selected candidate drugs will be handed off to the Ahima lab to test their efficacy in mouse models of obesity and cardiovascular disease.

Farber pointed out that “25% of the world’s population dies of cardiovascular disease.  While statin drugs have had a major impact on reducing mortality, folks still die from cardiovascular disease.” He went on to explain that although ApoB has a well-known role in metabolic disease, this protein is “enormous,” making it nearly impossible to study using traditional molecular techniques. By embracing state-of-the-art genome engineering approaches, Farber and his team were able to overcome this issue and generate zebrafish with glowing lipoproteins.

Farber remarked: “While most of the field works in humans or mouse, my lab pioneered the use of zebrafish for studies of lipid metabolism.  What we proposed is simply not possible in any other vertebrate model system.  I will never forget the day Jay walked into my office and showed me images of larval zebrafish revealing the locations of all of the ApoB containing lipoproteins…just so cool.” 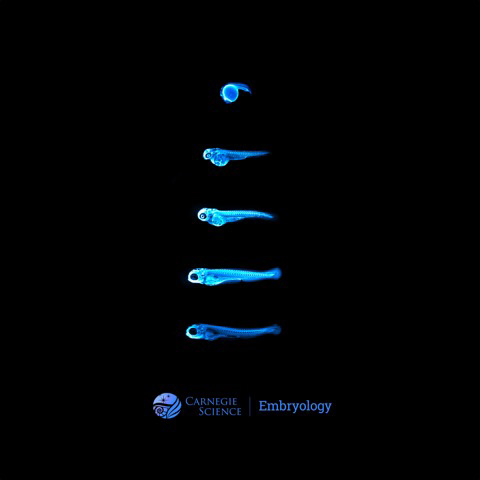